Skip to content
Home/Blog, Event Planning Advice, Innovations/The Groom’s Lounge: Ode to the Groom | What Married Men May Not Be Telling You

The Groom’s Lounge: Ode to the Groom | What Married Men May Not Be Telling You 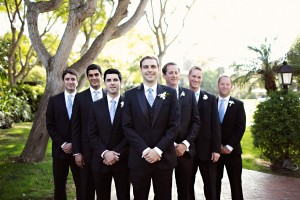 Shhhhhhh…. don’t tell anyone, but one of my favorite joys of producing weddings are the amazing men I get to meet who are the “intendeds” for my clients, the bride.  Most of the time, the planning is a joint effort and I work with both bride and groom and sometimes it is the groom planning everything for his bride.  But whatever his station or position is in the wedding planning process, I adore these gentlemen.  They are so happy that they have found the woman of their dreams, they are go-getters, straight-shooters, and often when a bride or her mother get stressed out and can’t follow through on action items for me, when everyone else seems to go to pieces, my grooms are the one constant steady in the equation, jumping in to be my hero – and ultimately the hero for the entire wedding in many cases.  They are simply fantastic. 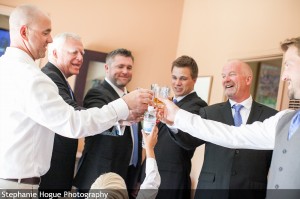 And because I have a special place in my heart for them, part of my destination luxury planning packages always include a little surprise for my grooms and their groomsmen while they wait in that half hour before going down the aisle (I can’t give it all away, but it includes a little portable bar for a quick shot to take the edge off while waiting).   Over the years, I’ve had the opportunity to talk to and observe soon-to-be-married gentlemen as well as men who have been married for many, many years, or perhaps even several times. And since I’m not shy, I have often asked the same question to them:  why marriage?  With couples living together more and more,why not just live together for the rest of your life?  With all the jokes that go around man-to-man about marriage and how “restricting” it is, why this commitment?  Not one of them said “because she made me”.  It was all very simple: because they loved her more than anything in the world. 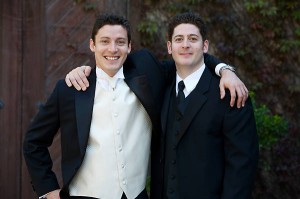 Photo by A. Medley

Groom Joe Stein said, “because I cannot imagine my life without her.  No one gets me like she does. I will never find anyone like her in the world.”   “She’s my custom-fit,” said another groom, “She heals me and makes me a better person – who wouldn’t want that for the rest of their life? I want to protect and provide for her and marriage is a way to do this and show her I’ll always be there for her.”  So, we know some of what inspired a few of  them to take that first step.  But what about all the negative flack from peers or bitter male marrieds?  Why is it often times women are “congratulated” with marriage and with men, only jokes are made inferring their lives will “go downhill”? There will always be those who have a miserable experience with anything and they are determined that everyone else should join them in their agreeing to play a bad memory over and over and taint everyone around them with their own “video” memory of that bad experience.  Then there are those who feel the necessity to buy into the social pressure to “tease” their male friends because that’s what is “done” (peer pressure).  And there are those who are in some bad situations and are feeling utterly uninspired and trapped.  But that is the  minority and honestly, they hold the power to change their lives, if they really wanted to.   But then there appears to be a silent majority of happily married men – or ones who appreciate the value of it- who feel that by not telling soon-to-be-married men that they will get out of it what they put into it and that it can be one of the richest experiences on earth with the right partner, that they are doing the greatest disservice to a fellow male.  They feel it is a duty to talk about the benefits of marriage rather than put it down.  And it is the latter to whom we dedicate this post. 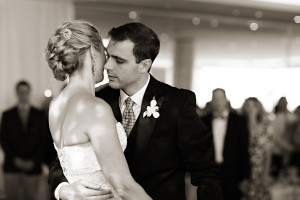 One great-grandfather of one of my grooms- who had been married three times- had this to say, “I think we are doing our men a great disservice by putting down marriage.  The reality is we men are actually better when married.”  He continued, “why don’t they point out the truth: that marriages built on respect, trust and fidelity actually make a man healthier?”  Indeed, one study recently showed that men who are married live 10 years longer and lead more fulfilling lives than those not married.  Actor/author Hill Harper further validates that if married men would actually admit to single men what they know to be true in their hearts and to their wives behind closed doors – “Thank God she supports me and patches me together so I can make it through the next day.  Marriage is actually pretty awesome” , the jokes would probably stop and marriage would  revolutionize and evolve to an even higher state to the point where the men making the jokes about marriage would look and sound like Neanderthals from an era that is now extinct.

It has been said “boys shack up, real men marry”.  That marriage completes manhood.   Cheers to you, grooms-to-be.  May this next step be but the beginning of unfoldment of the richest part of your lives to come.